"The Twicewalker" Erisa the Risen

"The Twicewalker" Erisa the Risen

Appearance:
Erisa is a slim built woman, completely covered in horrifying makeup. Her mouth is filled with (fake) blood she uses for great dramatic effect. 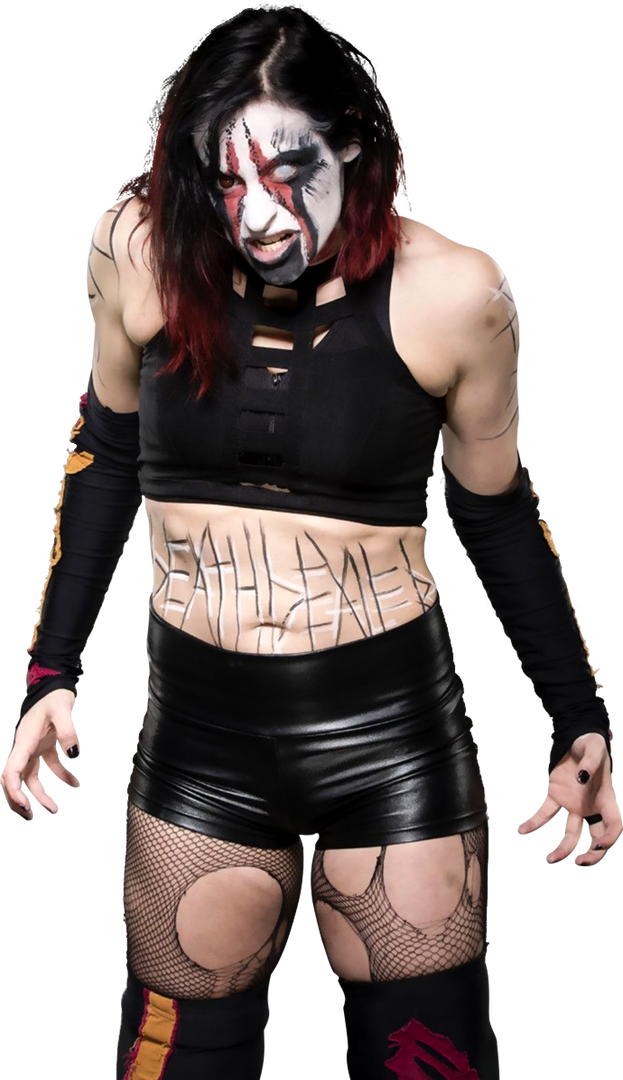 Entrance:
The lights dim until barely visible.
Bright red and purple lights start flickering at a rapid pace as "Path" by The Bunny The Bear starts playing.
Erisa the Risen crawls over the ground, wildly flailing her limbs and making hissing sounds as a red, viscous liquid drips from her mouth, as she slithers towards the ring.
Halfway there, Erisa sits up on both knees and emits a sharp, piercing screech as she blows a spray of the liquid, which appears to be blood, in the sky. The liquid rains down on her as she maniacally cackles before bouncing to her feet, sprinting towards the ring and sliding in, leaving a trail of blood on the mat.

Erisa was a young, happy-go-lucky 8 year old girl when suddenly, everything changed. A car crash wiped out her entire family, leaving the girl in a coma.

Years later, Erisa woke up in a nearly feral state. Her speech had regressed to almost non-existant level and even though the doctors were convinced there had to be some level of brain damage, none of the tests pointed that way.

Over time, Erisa showed herself to be a capable and smart child, yet she showed massive moodswings and was unwilling to talk. Erisa ended up in foster family care, but the unprovoked tantrums and communication barriers caused her to be rehomed constantly, further traumatising the young girl.

At the age of 17 she finally found a loving and caring family in a remote village in Iceland. The couple didn't back down from the difficulties and where able to form a loving and caring relationship with Erisa through a lot of effort of their own, and the help of a mysterious, alternative medicine practitioner that called himself "The Voice of the Ancients"...

OOC: If possible, use the tag team entrance as often as possible. Gulbrand and Erisa are inseperable, unless it's needed for storyline reasons.